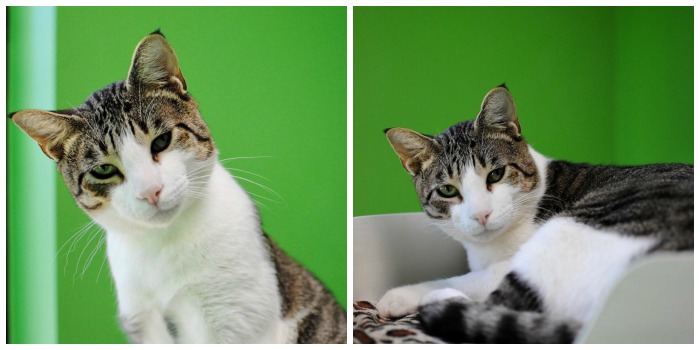 Prince William was originally living outside when he wandered up to a volunteer and asked to have a more royal life than that of a stray. This volunteer obliged and cared for him until space opened up at the shelter. Prince William (or PW for short, as some of us call him) spends most of him time lounging on cat trees, beds or by a window posing as regally as you'd expect. He enjoys being petted, but will occasionally give a warning nip when he's had enough.

Prince William has had a few gastrointestinal issues upon arrival which resulted in an exploratory surgery. Biopsies of his intestines were sent to a reference lab and he likely has IBD (Irritable Bowel Disease). Since he's young, for now, the recommended therapy is to stick to one diet that is easy on his gut and continue a probiotic. If he has flare ups in the future, other treatment can be discussed with the adopter's regular veterinarian.

Prince William is a very sweet boy that just wants a safe, loving home to call his own. He will make a fantastic companion for someone, so please come by and meet him!