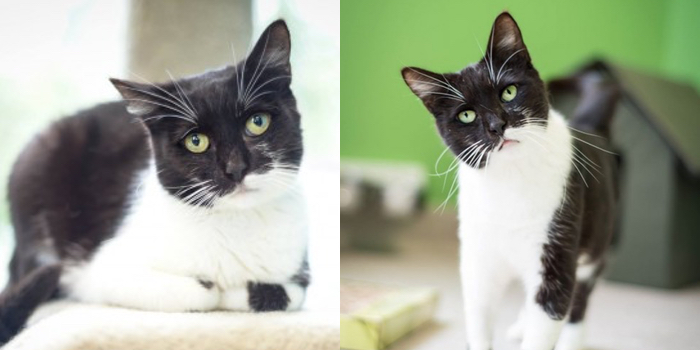 Ocilla is one of the 20 kitties we rescued from Ocilla. She was living outside with around 57 other cats. The family that lived on the property did build them some shelter, but food was scarce and they never knew where their next meal was coming from. The majority of the cats were not spayed or neutered, resulting in them multiplying. None had ever seen a vet for medical attention. It was a sad situation and when we were contacted, we knew we had to help as many as we could.

While the majority of the other cats rescued from Ocilla are super friendly and outgoing, Ocilla is a little on the shy side. She takes a while to trust people and you have to approach her slowly. Once she gains your trust, she does like to be petted. This sweet girl will need a quiet home with someone willing to give her time to adjust to her new surroundings. Because she is shy, she would do best in a home with another feline friendly kitty.

Ocilla is FIV+, but don’t let that scare you! FIV+ cats can live long and healthy lives. They can also live safely with FIV negative cats. FIV is spread through severe bite wounds, so it is important that your kitties get along. To learn more about FIV, please read the articles under the Advice tab.