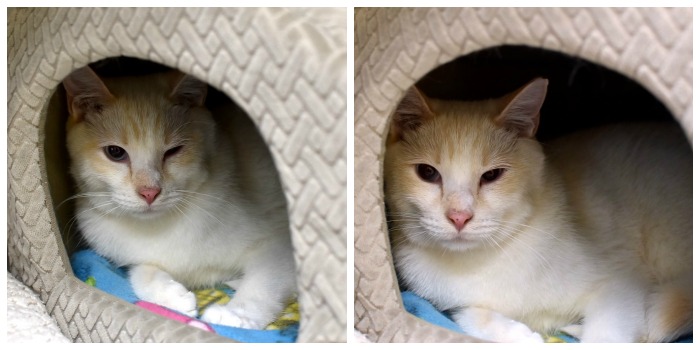 Frankie was part of a community cat colony, but was unable to be returned to that location. So, he spent several months in a foster home until there was space for him at Good Mews. In that time, he learned how to better be a house cat. He was nervous at first, but soon became very inquisitive and playful. Frankie does like to be the alpha cat but he lived with 3 other older kitties and respected their space. He really likes to play with wand toys and spent every evening taking in the day on his foster mom's lap.