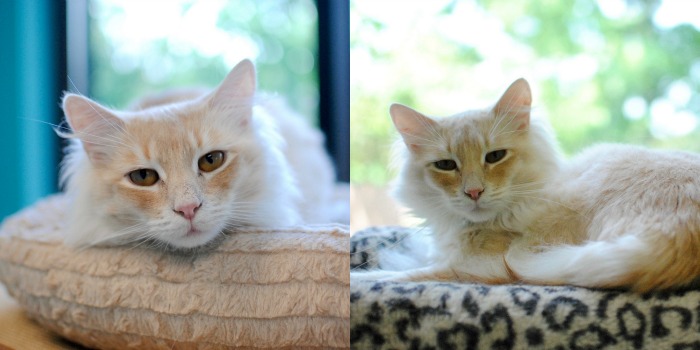 Chewbacca is a beautiful boy that is a little shy until he gets to know you. He came from a situation where there were a lot of cats and the owner could no longer care for them properly. Since he did not have a lot of interaction with humans, he needs time to trust them. Once he does, he will be a sweet, loving boy.

Chewbacca was adopted shortly after he arrived at Good Mews and was in his home for about a year. His family loved him, however he was too feisty and unpredictable around children. He also hated getting into a carrier for vet visits, which sometimes caused a problem. The family decided it was best that they return him so he could find a home without kids.

He is a very independent guy and often kept to himself in his home. We think he would do well in a calm, quiet home with a family dedicated to continuing to work on his socialization. He is a sweet cat that just needs a cat-savvy family that is OK with his feisty personality! Because he doesn't seem very fond of other cats, he would do best as a single pet in his new home.